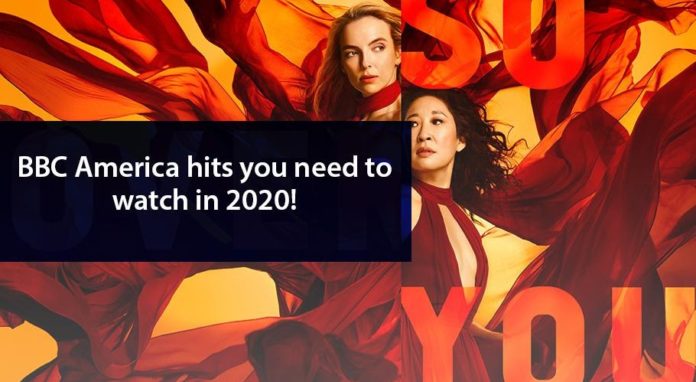 2020 introduced us to some of the best Hollywood classics and shows. It’s fair to say we made the most of this quarantine thanks to Amazon Prime, Netflix, and our cable providers!  One of our time’s most popular TV networks, BBC America, has given us various quality content over the years. From comedy TV series to action dramas, the American network has indeed done it all. When talking about BBC America, we can’t factor out their dedication to offer original programming in its glory. For years, the American network has worked relentlessly hard to bring new flavors to the table. From hilarious comedy talk shows to thriller mysteries, BBC America makes sure to leave no stone unturned.

BBC America has long been known for its diverse and original programming covering every genre. Choosing to watch this network means signing up for an incredible selection of comedy, sci-fi, mystery, and action programming. If you’re looking for quality entertainment, you know where to go. Finding the best BBC America shows might be a challenge, but here we are with a full-fledged list of the shows you can’t miss out on. Grab some popcorn, switch on the TV and sit back because we’re going on a ride!

This crème de la crème production of BBC America will always be the show that defines the network’s exclusivity.  Eve Polastri, played by Sandra O, is a British intelligence agent who will do anything to find the psychotic assassin, Villanelle, played by Jodie Comer. Sandra snatched a Golden Globe for her epic performance in this series. This dramatic thriller will take you on a rollercoaster of emotions. The story revolves around Eve and Villanelle, who keep meeting each other over and over again. The unexpected game of cat and mouse has everyone hooked to their seats. If you’re a fan of thriller action and drama, give this show a shot.

Sherlock definitely earned an easy spot on the list. There was no way this BBC production wouldn’t make it here. What happens when a psychopath detective and a veteran come together to solve crimes? Sherlock Holmes is a confident yet cocky detective living in London, and Dr. Watson is an ex-soldier who fought in the Afghan war and has no interest whatsoever to get back to a life full of thrill and mystery. This mind-boggling and fascinating series will have you glued to your seat.  From the storyline to the cast, the show’s delivery was nothing short of excellent.  No one can play Sherlock and Dr. Watson better than the powerful duo of Benedict Cumber batch and Martin Freeman.

Everyone’s favorite on British Television, Doctor Who’s story revolves around time travel. Sydney Newman focuses on mixing the philosophies of time and space in this adventurous series. Jodie Whittaker plays The Thirteenth Doctor, who will take you through different eras, time zones, and planets, keeping you all set for the rest of quarantine. If you feel like binge-watching the entire franchise, you may also watch the adventures of the previous 12 doctors. We all know the possibilities with science are endless, which only makes us wonder how exciting watching the show would be. Well, wonder no more; turn the channel to BBC America and travel with Jodie Whittaker on a new adventure each episode!

Sarah is an orphan and a street-wise hustler who witnesses a suicide takes place. The catch is, the woman looks just like her. Once she robs the woman of her money and savings, Sarah realizes the matter’s underlying truth; the dead woman is her clone. To discover the truth, she soon faces the fact that more people like her out there and need to find the person responsible for cloning; the only catch is that there’s an assassin killing the clones one by one. Playing multiple characters isn’t easy, but Tatiana Maslany pulls it off effortlessly. If you’re a fan of sci-fi and mystery, Orphan Black has to be on your watch list.

Feeling low and stressed? Tune into The Graham Norton Show for a good laugh. Graham Norton and his guest list will always be there to bring a smile to your faces with their fun and insightful interactions.  The Irish Comedian is famous for his sense of humor and guts to ask compelling questions. With his charming presence and the banter he shares with his guest celebrities, The Graham Norton Show might be your Friday fix! Tune into this comedy chat show if you’re looking to unwind after a long day.

Dana Scully and Fox Mulder are 2 FBI agents who are complete opposites, yet work together to investigate odd cases dealing with any paranormal activity. The story begins when Fox’s sister is found missing, and he strongly believes that the aliens took her. On the other hand, Dana tries to make some logic out of it, all the while helping him. Dana is a skeptic, and Fox is a believer, making the show even more entertaining to watch. The duo’s chemistry is one of the reasons the show had set a benchmark for the sci-fi genre. If you enjoy watching sci-fi and paranormal phenomena, this show will keep you glued to your seat. It has every element a successful show needs. From the plot to the character’s development, The X-files make up a brilliant show.

Now that you know the best BBC America shows to watch, go ahead and binge-watch the incredible selection to fulfill your entertainment cravings!