Google (and other such browsers like Mozilla Firefox) have become inseparable parts of our life. Even hardly literate people can use Google these days.

Can you believe that in the IT world where professionals are racing to learn the programming languages like Python, R, and Java, your favorite Google Chrome is built on C++?

C++ is mistakenly thought of as an outdated language.

According to the TIOBE index, in the list of most popular programming languages, C++ is at 4th position.

Also, C++ is used to create Chromium-based browsers, MySQL, and Microsoft Office and in the development of most popular operating systems including Apple’s macOS and Microsoft Windows.

Today we will learn the special features of C++ including c++ double and the ways you can use it.

Developed in 1979 by Bjarne Stroustrup, C++ is an object-oriented programming language that possesses features of both high-level and low-level languages. Keeping ‘classes’ in mind, C++ was developed as C with Classes and hence the name, which means C plus One.

The language comes along with very useful features that make it a versatile language to be used in the development of high-performance applications.

Some special features of C++ include:

C++ Double is a data type that comes under primitive data type. This is a versatile data type meant for holding any numeric value, particularly decimal values or floating-point numbers. This can hold decimal numbers up to 15 digits.

While working with numbers that have huge decimal points, programmers use Double as a default data type. You can declare a variable as double just by adding the keyword ‘double’ as a prefix to it.

To declare a variable as double, the syntax is

Remember to keep the keyword double in lower-case.

Rules for using Double in C++

There are no strict rules for using double data types in C++. Indeed, there are some rules to make the code look cleaner and enable the user to understand the double data type. These are:

An Example of Double Data Type

Program: To change the given temperature from Celsius to Fahrenheit

cout << “Take an input in celsius and then convert it into fahrenheit:”;

This takes Celsius temperature as input and gives Fahrenheit as output.

I hope this article has made the double data type in C++ clear to you.

To master the concepts of C++, there are many online courses offered by accredited institutes. These courses allow you to learn at your own pace, choose your preferred mode of learning, have doubt sessions at the end, an enterprise-class learning management system, and round-the-clock learners’ assistance.

The best part of these online courses is that you get career guidance at the end of the course. 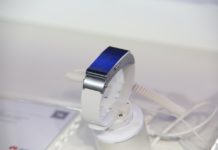 A detailed guide about Huawei GT3: