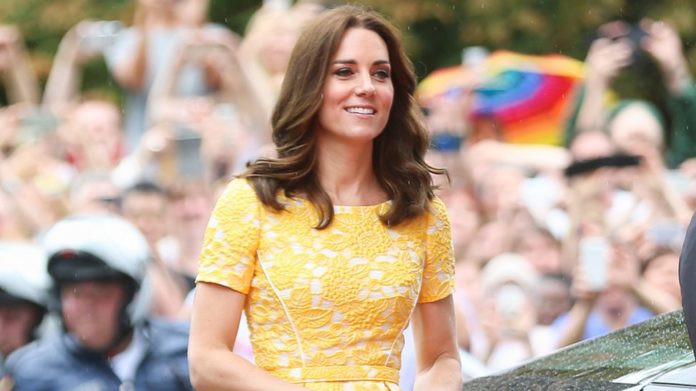 For the first time, the duke and wife have their own doctor with them on a trip. He is even said to be a friend of William. Exceptional at this point: Usually only the 93-year-old Queen or her 70-year-old son Prince Charles are accompanied by a personal doctor on their tours. Is there an exception this time to know that a possibly pregnant Kate is in the best hands?

It is known that the Duchess suffered from extreme morning sickness every time in her other pregnancies. In this case, lack of fluids and weight loss can be the consequences for expectant mothers. The question why Kate did not cancel the trip is quickly explained: Many trips by the Royals are often planned a year in advance. A short-term cancellation would be almost unthinkable in such cases. But who knows: Maybe the Royals hope for a bit of luck – and for Kate’s nausea not to occur this time.

Another note: Kate and William already visited the Pakistan National Monument on their trip. There they met well-known personalities and representatives of the Pakistani government. Of course, photographers were also on site at the appointment. And her photos show: On one of them, slim Kate is holding her hands protectively in front of her stomach – and the stomach does indeed look somewhat arched. Is there really anything in the new rumors? That will be shown. There is also speculation that Duchess Meghan is pregnant again.

Baby speculation about Duchess Kate: appointments as an indication of pregnancy?

On Wednesday (October 9th) the Duchess appeared for an appointment at the Natural History Museum in London. A skin-tight turtleneck sweater in Bourdeaux tone and wide Marlene trousers in olive green underlined the royal look. However, there was no trace of any signs of pregnancy: no baby bump or careless statement.

While nothing externally points to another family member beside Prince Georg (6), Princess Charlotte (4) and Prince Louis (1), the network continues to speculate cheerfully. One or the other wonders why Duchess Kate’s appointments have been subject to blackout periods since the summer.

After all, this could be an indication of a possible pregnancy, because the Duchess does not have to cancel her appointments at short notice. As is well known, Kate suffered from extreme morning sickness during her previous pregnancies. This is also called Hyperemesis gravidarum. The affected women cannot keep food or drinks with them. So not good conditions to take appointments of any kind.

As Gala reports, a royal reporter is now said to have spoken in this regard on Twitter: “The palace usually arrests such appointments until the arrival, which can potentially lead to large crowds, for example in London Downtown or at tourist attractions (…)”

For Charles and Camilla, appointments in central London are also subject to a lock-up period. Accordingly, security concerns are the only plausible explanation for Kate’s short-term appointments. The speculations of the Royal fans should not stop.